It had been ten years ago, since I was the last time in the Ukraine. Back then in Kiew I held an architects workshop together with Michael teaching Service Oriented Architectures with the Microsoft .NET Framework 3.0, Windows Communication Foundation (WCF) and Windows Workflow (WF). I can remember that I lost my luggage (bad) and the nice people, good questions and superb feedback we received (definitely good).

Nataly Potapova, of Sigma Software, contacted me to ask If I would like to become one of the speakers for the Network conference. Because of the political situation I had some doubt to go – but in the end I decided to go for following reasons.

The speakers page filled up with people from around the globe. I already knew Hadi Hariri and Juval Lowy and was looking forward to meet Lee Brandt and David “Dot Net Dave” McCarter from the US.

On the flight I met Lee and Dave. And I felt kind of sorry for Dave – This time his luggage was lost. Nataly, Vera and Alina - conference team - were already waiting for us. After we arrived at the Hotel they told us that a guide is waiting and we are about to do a city tour. A very, very welcome alternative to the usual business trip where you have been to al those fascinating places all over the world and just know the airport, a cab, the hotel and hopefully a good restaurant. The guide told us about history since the dark ages. That Lviv is the Coffee Mekka of Ukraine – You got me at this

. Visited the Chocolate Museum. Just passed the Masochist Café! And finally had a burning coffee in the coffee mine.

The next day was conference started. There was no entrance fee. About 400 seats and free non-alcoholic drinks and food: Wow! 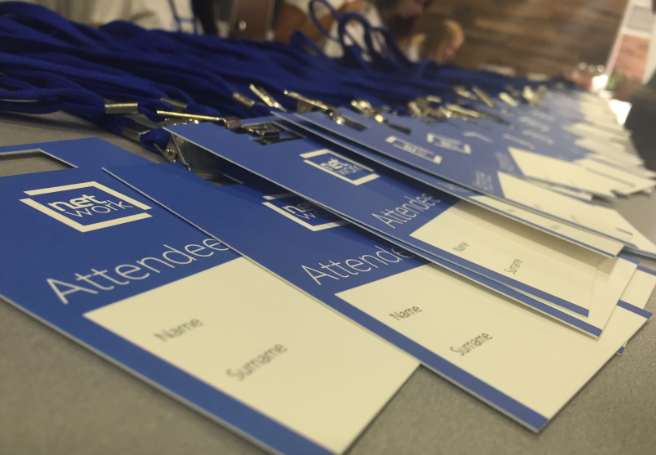 My lecture (Defensive Programming, Resilience Patterns and Antifragility) was the first after the introduction words. The talk went well and the questions of and the discussion with the audience was really joyful. My topic was really haunting as it seems. 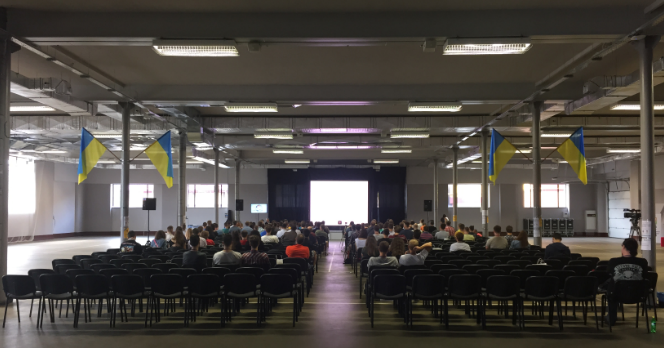 The next in the row was Hadi with his online speech about HTTP2. It was actually the first remote talk that I attended. In general not bad at all. But during the Q&A after the session I missed seeing the speaker. 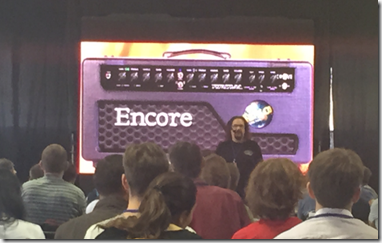 After that Dave rocked Code Contracts. As he had lost his luggage he was not able to perform in his usual outfit. Also remarkable to know is that his slides are about 1.5 GIGs of size. There is Video, animations, explosions… So I definitely got to see him doing the full show on stage at some day 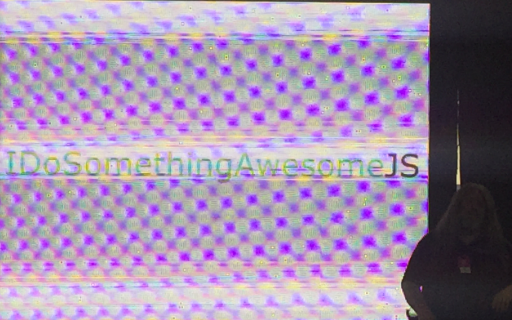 Lee’s slides about how to write better and more professional java script code created a fascinating psychedelic effect in my camera – sorry Lee, better pictures next time. I really liked the way he picked up the average .NET developer.

I haven’t had the time to watch Juval’s online speech because I was in a discussion with a few attendees.

The conference ended with networking and party.

If you have the chance next time, Network conference is worth a visit! 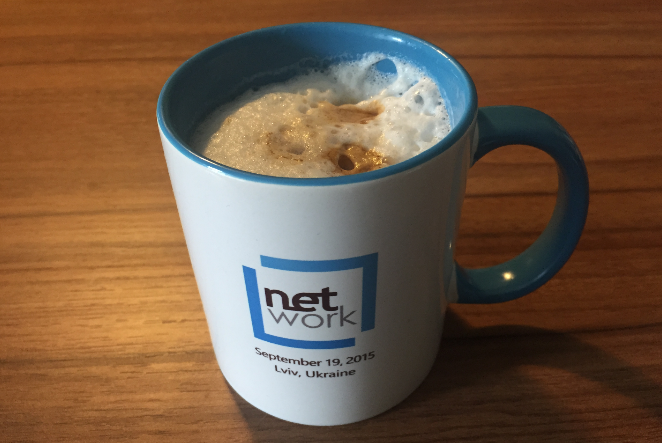 After the party the speakers were invited by Vladimir, the leader of the Sigma office in Lviv, to the speakers dinner and met some other Sigma guys there. I’m still laughing at Vlad’s (That’s not Vladimir!) jokes.

To sum it up: I have almost never seen such an dedicated conference team and welcoming hospitality. So I’d like to say thank you very much. I hope to see you guys again next year.